- explained by the CUTcoin team
Binance doesn't only operate one of the leading cryptocurrency exchanges, but is also developing other promising distributed ledger technologies. Until now, the Ethereum project was in the lead in this area and all other blockchains working with smart contracts lagged behind it. But after Changpeng Zhao's team launched the modified blockchain on Ethereum, a very serious competitor emerged.

The difference between Binance Chain and Binance Smart Chain
The Binance Chain was launched in April 2019 with the main goal to enable issuance of BEP2 standard tokens. The digital fuel of the chain is BNB. Binance Chain has high bandwidth but is not suitable for dApps development. Therefore, Binance developers launched a new Binance Smart Chain network. It works in parallel with the main blockchain and is completely autonomous. In contrast to the core network, a full-fledged working environment is available here for the release of decentralized applications, while maintaining high throughput and reliability. The time to create a block in a new network is approximately 5 seconds. 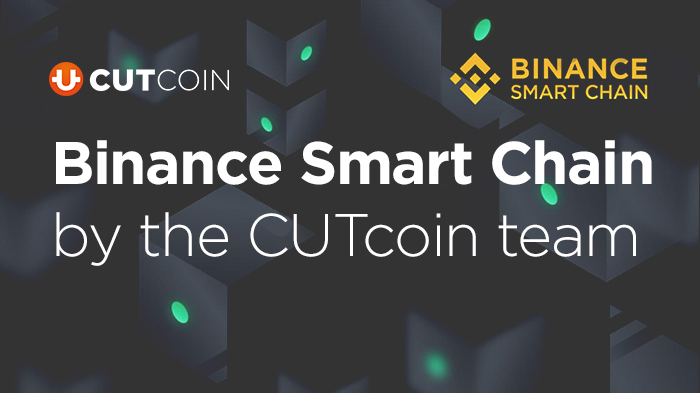 How Binance Smart Chain Works
BNB will work for BSC in the same way that ETH works for Ethereum, so it will remain a "native token" for both BSC and BC. Users can use internal BNBs to:
When a new network was launched, a certain amount of BNB was burned on BC and then minted on BSC. This is how a start-up fund was created to support the network. Assets are used to pay transaction fees to reallocate BNB between BC and BSC networks using a cross-chain mechanism.
BSC uses the Proof of Staked Authority consensus algorithm. Validators place bets in BNB tokens to participate in block creation. The protocol does not provide for block subsidies of BNB, that is, when creating new blocks, trusted nodes do not receive a dime, being content only with transaction processing fees. To prevent inflation, the Binance team regularly buys and burns coins.
BSC can work with the Ethereum blockchain, and ERC20 tokens, which are designated BEP2E in the new Binance network. BSC and BC work synchronously so that one token can be used in both formats. BEP2 tokens will be expanded to accommodate a new attribute to link the token to the BSC BEP2E contract. Issuers can either create BEP2 first or BEP2E and they can be linked later. All issuers are encouraged to set the peg immediately upon release.

Conclusion
In the long run, Binance Smart Chain will drive the evolution of decentralized financial services. According to Defistation, a total of more than $12 Billion is currently locked on the smart contract platform. DeFi interoperability will be improved through cross-chain mechanisms.
Currently, the CUTcoin team studies the possibilities of working with the BSC and the release of the CUT BEP2/BEP20 wrapped token. We also actively communicate with the BSC team for possible cooperation. We will keep you updated.