All you Need to Know
The latest Monero upgrade called Oxygen Orion took place on October 17, 2020. In that particular fork the team behind Monero aimed to introduce a great feature — the new CLSAG ring signature scheme. We will discuss it in detail in this article.

From MLSAG to CLSAG
Monero makes use of a transaction protocol that is ambiguous for the signer. It included many cryptographic components that we have already discussed in our previous articles. One of these components was the MLSAG, a ring signature scheme. Each time a Monero user initiated a transaction, the system generated one or more MLSAG signatures to hide the signers and the amount involved in the transaction.
The latest introduction of CLSAG was intended to replace MLSAG. Its goal was to improve efficiency of the Monero network. Monero Research Lab used several simpler but more efficient algorithms that allowed CLSAG signatures to achieve the same functionality as MLSAG. But where the CLSAG was ahead of its predecessor was that it could do the same thing faster and consume much less amount of space.
The move from MLSAG to CLSAG has also increased the security of Monero: the transition was preceded by a good cryptographic construction. When implementing CLSAG, the developers created a scenario in which hypothetical attackers could entice honest platform users to obtain their keys. It was also hypothesized that it is possible to convince users to perform transactions as they wish. Security enhancements have proven effective against such scenarios.

Fighting with a transaction size
The size of transactions in Monero depends on two factors. The first is the number of previously spent transaction outputs. The second is the number of new transactions created by the user. On average, most transactions spend two previous outputs and generate two new outputs as well. With the MLSAG in place, these transactions took up approximately 2.5 kilobytes of blockchain space. With the introduction of CLSAG, it was reduced to 1.9 kilobytes. This was a significant 25% improvement over MLSAG standards.
With every new transaction, Monero software verifies the signatures of those transactions. It is a standard protocol for verifying the validity of transactions. For individual transactions, the time required to verify a signature is almost negligible. This is usually tens of milliseconds. However, users usually have to wait for confirmation until the entire block that includes this transaction has been verified. This takes time. Although the time depends on the efficiency of the computer, using CLSAG will take much less time than using MLSAG.
CLSAG testing shows that the time it takes to verify signatures has been decreased by almost 20%.

Moving beyond
In addition to the Monero hard fork, the news follows an earlier announcement which stated that the Monero Atomic Swaps proposed by Monero's Community Crowdfunding System (CCS) had been fully funded. This opens up huge opportunities for the further development of Monero, which we will definitely watch. The path of CUTcoin lies in the further development of privacy tokens, which we will discuss soon. 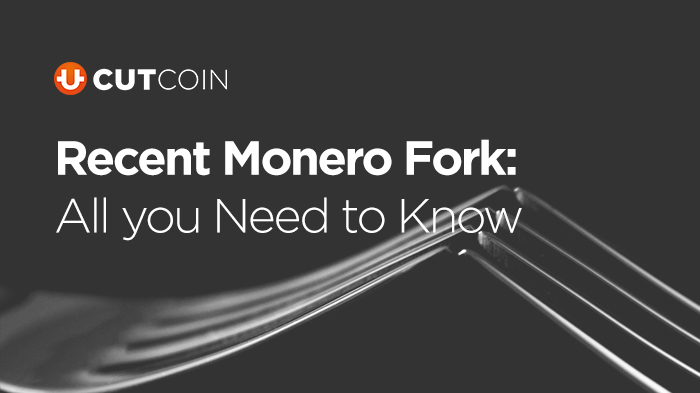